Which Segment of Technology Adoption Does Your Company Belong To? 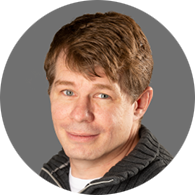 Innovation spreads through a population

While the thought of new technology is exciting for some, it takes some time and proven results for others to get behind adopting a change in one’s workflow. This can be explained in detail in the Diffusion of Innovations (DOI) Theory developed in 1962 by E.M. Rogers. The theory aims to explain how an idea, product or form of technology spreads throughout a population. The goal is then that this new innovation is accepted or adopted, eventually, and changes the processes of the adopter. The science behind the theory explains that there are different stages at which a society adopts the innovation.

These five accepted stages consist of Innovators, Early Adopters, Early Majority, Late Majority and Laggards. The segments of adopters can be easily expressed as a bell curve, where the largest majority of people belong to the middle segments. The following is excerpted from On Digital Marketing article "The 5 Customer Segments of Technology Adoption."

Innovators are the first individuals to adopt an innovation. Innovators are willing to take risks, youngest in age, have the highest social class, have great financial lucidity, very social and have closest contact to scientific sources and interaction with other innovators. Risk tolerance has them adopting technologies which may ultimately fail. Financial resources help absorb these failures. Source: Rogers 1962 5th edition, p. 282.

This is the second fastest category of individuals who adopt an innovation. These individuals have the highest degree of opinion leadership among the other adopter categories. Early adopters are typically younger in age, have a higher social status, have more financial lucidity, advanced education, and are more socially forward than late adopters. More discrete in adoption choices than innovators. Realize judicious choice of adoption will help them maintain central communication position Source: Rogers 1962 5th edition, p. 283.

Individuals in this category adopt an innovation after a varying degree of time. This time of adoption is significantly longer than the innovators and early adopters. Early Majority tend to be slower in the adoption process, have above average social status, contact with early adopters, and seldom hold positions of opinion leadership in a system Source: Rogers 1962 5th edition, p. 283.

Individuals in this category will adopt an innovation after the average member of the society. These individuals approach an innovation with a high degree of skepticism and after the majority of society has adopted the innovation. Late Majority are typically skeptical about an innovation, have below average social status, very little financial lucidity, in contact with others in late majority and early majority, very little opinion leadership.

Individuals in this category are the last to adopt an innovation. Unlike some of the previous categories, individuals in this category show little to no opinion leadership. These individuals typically have an aversion to change-agents and tend to be advanced in age. Laggards typically tend to be focused on “traditions”, likely to have lowest social status, lowest financial fluidity, be oldest of all other adopters, in contact with only family and close friends, very little to no opinion leadership.”

When the diffusion of an innovation reaches 100 percent of the particular population, this is known as market saturation. As a technology company, hh2 Cloud Services’ goal is to produce the best cloud-based solutions for the construction industry. We do our best to ensure that our integration, interfaces and interactivity surpass the needs of our customers to provide the most comprehensive products available. We do this through a wide-range of tasks, including research, knowledge of the market and beta testing.

Where does your company fit?

hh2 provides state of the art cloud-based solutions to its customers in the construction industry. Our products are designed to expedite your workflow to save you time and money. To learn more about hh2’s product offerings, visit www.hh2.com or call 877-442-9327 to schedule a free demonstration. To keep up with the latest at hh2, like and follow us on Facebook!

Ready to adopt the latest technology for construction?

Brought you by hh2 Cloud Services